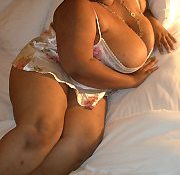 Eldoret Cougar’s Story with a 23-year-old

I have a curvaceous body, and you can pretty much judge it by looking at the profile pics I’ll upload periodically. I was out doing grocery at the local store one day. I was wearing a tight pair of jeans and a loose white top to go along with it. Now the store I was in, it is a perfect place to pick up men or young men. And I had some memories from there.

I was walking down one of the aisles, looking for my husband’s shaving gel, when I noticed a young guy, about 23, staring at my chest – I knew my top was of thin material and anyone caring to take a concentrated look could make out my lacy bra and skin. I kept on staring at him till he realized I had caught him and he sheepishly looked away and walked by me. Now women, you know I am right that we like when young men, ripe, with their never softening cocks, look at us early thirty year old women, it causes a tingle between our legs. He had the same effect on me, so I decided to be naughty and tease the shit out of him.

‘Hey there. Shopping for your mom?’ I asked.

‘Uhh, yeah. Hate it when my mom makes me do this. I had plans of a movie with friends and now I am stuck here’, he replied.

‘Well let me help you to quicken your torture and then you can be out of here in no time’, I offered innocently, the poor soul not having any idea what this cougar had in plan for him.

He seemed delighted and we shopped together, talking about stuff, his college etc. At the check out counter, I made remarked, ‘well your mom should not let a stud out for shopping alone y’know. You may be snapped up by a woman and taken home to fulfill her fantasies’.

‘Well won’t that be a dream come true!’ he shot back. ‘Fuck, I didn’t say that out aloud, did I?’ he continued.

I had caught on him now, he was a ripe bottle of wine, waiting to be popped open by me. ‘Don’t worry hun! A young man like you is allowed to have such fantasies. The question is, will it come true?’ I replied, and winked at him. I swear I felt his heart skip a beat when he heard that.

As we walked out to the parking lot, I asked him to help me first in unloading my shopping bags in my car. He followed me and as I reached my Range Rover Sport, I opened its back door and we unloaded the trolley in the back. When we were done, I asked him how he had plans to get back home and he said that he’d probable take a matatu. I refused to allow him do that and told him that I would drop him home as he will have trouble carrying all those bags. He tried to get out of it but refused to give in and ordered him to put his bags in the back as well. We got in the car, and as I revved up the engine, I saw a bulge in his shorts.

Well well, I thought, must have been from the free glances he got of my boobs as I bended over in lifting and putting the bags in. I decided to go in for the kill and I knew he wouldn’t resist.

I killed the engine instantly as he gave me a puzzled look, I rubbed his bulge and rubbed my hand along his length. ‘How about making you live your fantasy?’ I looked into his eyes and asked. Before he could reply, I had unzipped his shorts and his stiff cock was in my hand, and my lips were lowering down on to engulf the mushroom head. Now this kid was big. I had taken only half of his cock in my mouth and already he had hit the back of my throat.

After giving him a couple of long sucks, I asked him to move to the back seat. As he did so, I took my top and bra off, releasing my huge tits for him to admire. Then I undid my jeans and left my thong on, and wiggled my way back. I was getting wet looking at his stiff cock, lying against his stomach, reaching well past his belly button. His cock was thick, throbbing and waiting for my thirsty mouth.

Without wasting another moment, I got to work and had him in my mouth. I knew the time was short so I cut all the deep throating crap and concentrated on the underside of his cock head. His moans filled the car as I pushed a finger inside my pussy to provide some relief. After tormenting him with the may be the best blow job he may have received, I decided I needed his monster tool inside my hole. I lay back and asked him to fuck me hard. He obliged. The young stud took position and rubbed his mushroom head along the length of my very wet vagina. ‘Fuck me now please’, I pleaded him and he instantly pushed his cock inside.

After a couple of kisses, I raised myself to grab his cock and pull it inside me. He started sucking on my nipples as I lowered myself onto him slowly. As I sat down completely on him, his staff buried deep inside me, I started gyrating on him slowly. As his cock started hitting the right notes, I picked up pace, and started riding him hard.

Soon I felt the familiar shivers starting in my body, from my head to my toes and I knew I was going to implode hard. I fucked him with all the energy I had, his huge cock drilling into me like a piston, my screams of joy, undoubtedly being audible outside the car, but I was in bliss and had no shame at the moment. The deep whore within me had let itself loose and it won’t go to sleep till it was satisfied. And then

Find kenyan escorts in other towns. | Call Escorts In Kenya

At Nairobi Hot, We present luxurious comfort, pure style and elegant call girls all over kenya.